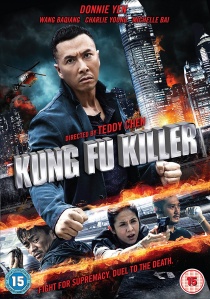 Following the announcement that Kung Fu legend Donnie Yen is bringing his latest opus, Kung Fu Killer, to this year's London Film Festival, Signature Entertainment is thrilled to be able to confirm a wider release for the martial arts saga when comes to cinemas on 20th February 2015 and home entertainment platforms on 23rd February 2015.

Yen (Ip Man, Blade II) stars as Hahou, a former martial arts instructor imprisoned after accidentally killing an opponent. When a vicious killer (Wang Baoqiang, A Touch Of Sin) starts targeting martial arts masters, though, Hahou offers to help the police capture him in return for his freedom.

Also starring Michelle Bai and Charlie Young, Kung Fu Killer is directed by Teddy Chan (star of Infernal Affairs 2) but notably also features key action scenes directed by the legendary Yen - a real draw to martial arts fans and a contributing element to one of the kung fu blockbusters of the year. 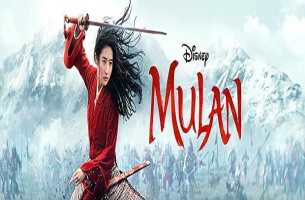 HotDVDBDUHD
In Disney's Mulan, released on DVD, Blu-ray and 4K UHD 10th November 2020, a fearless young woman risks everything out of love for her family and her country to become one of the greatest warriors China has ever known. END_OF_DOCUMENT_TOKEN_TO_BE_REPLACED
Comments
Hot Pick