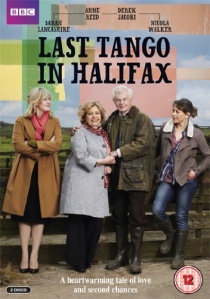 As their lives collide for a second time, Alan and Celia lament over what might have been as they take us on a life-affirming journey of what can still happen!

Written and created by Sally Wainwright (Scott & Bailey; Unforgiven; At Home WithThe Braithwaites), Last Tango In Halifax sees Alan and Celia unexpectedly but instantly reignite the feelings they had as teenagers. In this uplifting tale the path of true love is anything but smooth and the pair are surprised to find it's their own families who create some rather bumpy obstacles.

Both widowed, it's Alan and Celia's daughters whose dysfunctional lives bring drama at every turn. Caroline (Lancashire), a career-focused head teacher, is worried that her mum is rushing into things with Alan, but with her adulterous husband John (Gardner) back on the scene having left his alcoholic mistress (Ancona) and with relationship issues of her own, she's happy to let things run their course.

Gillian (Walker) works hard on the family farm as well as in the local supermarket and she's pleased her dad has found a companion. But she's currently having her head turned in the wrong direction whilst also dealing with her dead husband's brother (Dean Andrews), as he looks to turn her son Raff (Josh Bolt) against her, meaning she has little time to concentrate on her father's love life. 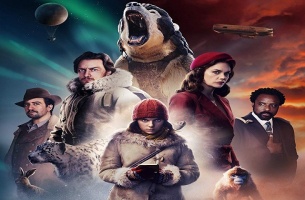 HotDVDBD
Based on author Philip Pullman's beloved trilogy, His Dark Materials, released on DVD and Blu-ray 27th January 2020 from BBC Worldwide, follows Lyra as she embarks upon a dangerous journey of discovery. END_OF_DOCUMENT_TOKEN_TO_BE_REPLACED
Comments
Hot Pick