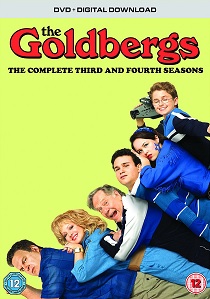 The hit series transports viewers back to the simpler times of the 1980s as Adam, Barry and Erica fight off huggies, snuggies and nubbies from mom Beverly, everyone's favourite "Smother", and navigate what it means to grow up a Goldberg. They're a loving family like any other, just with a lot more yelling. The Goldbergs: Season 3 features all 25 episodes from the season across three "delicious" discs along with a gag reel and commentary on The Dirty Dancing Dance episode, while The Goldbergs: Season 4 includes all 24 episodes on three discs with a gag reel, 20 deleted scenes and commentary on The Kara-te Kid episode.

The VCR-loving, mixtape-making, spandex-wearing Goldbergs are back! For geeky and movie-obsessed youngest child Adam, his wonder years were spent documenting the hilarious and awkward antics of his colorful family. This season finds the siblings fighting off huggies, snuggies and nubbies and they navigate what it means to grow up as a Goldberg. 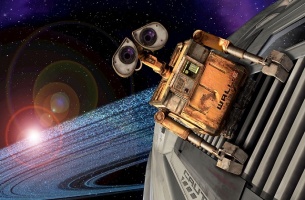 HotUHD
Written and directed by Andrew Stanton, Pixar Animation Studios transports you in glorious 4K Ultra HD to a galaxy not so far away for a cosmic comedy about a determined robot as Wall-E arrives 2nd August 2021, exclusive to Zavvi. END_OF_DOCUMENT_TOKEN_TO_BE_REPLACED
Comments
Hot Pick