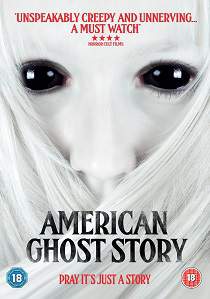 A relentlessly-paced hybrid of gritty crime thriller and Lovecraftian supernatural horror, American Ghost Story, released on DVD by Metrodome on 9th March 2015, follows a trio of kidnappers who take an ill-advised detour en route to deliver their hostages - two teenage girls - to their mysterious and powerful employer.

When they accidentally kill one of the girls during a botched escape attempt, their simmering mistrust explodes into shocking violence. But what they thought was their worst case scenario is only the beginning, as they are engulfed by the hellish forces that haunt the road - a road they realise they may never escape.

Now captors and captive must fight together to escape the monstrous forces pursuing them and somehow survive...