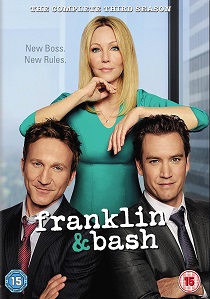 The boys are back with a new boss who has a few rules of her own in the hit legal buddy drama Franklin & Bash : The Complete Third Season, coming to DVD on 3rd November 2014 from Sony Pictures Home Entertainment.

Breckin Meyer (Clueless) and Mark-Paul Gosselaar (TV's Saved by the Bell) return as Jared Franklin and Peter Bash, two street-wise lawyers and lifelong friends who cause a seismic culture clash when they join the button-down law firm of Infeld-Daniels, presided over by the brilliant and eccentrically spontaneous patriarch Stanton Infeld, played by Malcolm McDowell (A Clockwork Orange, Easy A).

In Season Three, Jared and Peter must deal with a new boss and adjust to new surroundings as they move into a beach house in Malibu. The cases the guys tackle include a world-famous magician, defending a dead man who is in fact alive, a heckling baseball fan and the owner of a space meteor. Season Three features an impressive list of guest stars, including Piers Morgan, Martin Starr, Thomas Lennon, Jay Chandrasekhar, Jane Seymour, Adam Goldberg and a few surprises. 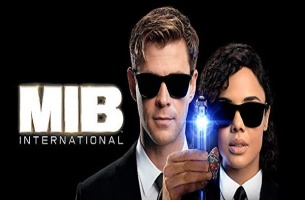