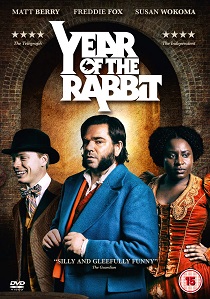 NewsTV SeriesComedyMatt Berry
News Article Go back to homepage
Fresh from the success of What We Do In The Shadows, Matt Berry makes a welcome return to our screens in Year of the Rabbit, arriving on DVD 22nd July 2019 from Acorn Media International.
Matt Berry, Freddie Fox, Susan Wokoma, Keeley Hawes, Sally Phillips, Craig Parkinson
Ben Taylor
Hannah Mackay
Acorn Media UK
3 hours 0 minutes
22/07/2019
#YearOfTheRabbit
Thank you for supporting DVD365.net when you order using the link(s) below. As an Amazon Associate we earn from qualifying purchases
Buy DVD
Information

Fresh from the success of What We Do In The Shadows, Matt Berry makes a welcome return to our screens in Year of the Rabbit, a brand new original comedy for Channel 4 set in Victorian London. It's set to arrive on DVD and digitally to download this summer, following its TV bow, thanks to Acorn Media International.

This hilarious six-part series is set to turn the detective genre on its head with a brand new crime fighting trio, that sees Matt Berry's (Toast of London, The IT Crowd), Detective Inspector Rabbit, teaming up with Freddie Fox (King Arthur: Legend of the Sword, Cucumber) and Susan Wokoma (Chewing Gum, Crazyhead). They are joined by a stellar line-up of great British acting talent including Line of Duty favourites Keeley Hawes (The Durrells, Bodyguard) and Craig Parkinson (Misfits, Four Lions), plus Sally Phillips (Smack The Pony, Miranda), Jill Halfpenny (Three Girls, In the Club), Alun Armstrong (The Cane, Frontier) and Paul Kaye (Wanderlust, Afterlife).

Detective Inspector Rabbit is a hardened booze-hound who's seen it all, his new partner is hapless and by-the-book... when they're called in to investigate a local murder, they are joined by the lewd, but insightful adoptive daughter of the chief of police, she's also the country's first female officer. Together, the mismatched team must fight crime while rubbing shoulders with street gangs, crooked politicians, Bulgarian princes, spiritualists, music hall stars and the Elephant Man.

Directed by BAFTA-nominated Ben Taylor (Catastrophe) and written by Emmy and WGA Award-winners Andy Riley and Kevin Cecil (Veep), with Matt Berry contributing with his offbeat wit and talent Year of the Rabbit is set to be the must-see comedy of the summer. It arrives on DVD and to download and keep on 22nd July 2019. 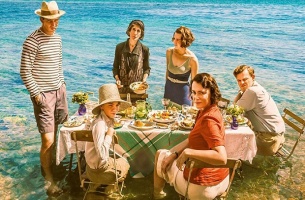 HotDVDTV
The beautiful island of Corfu continues to work its magic on the eccentric Durrell family as The Durrells: Series 3 arrives on DVD 14th May 2018 from 2entertain. END_OF_DOCUMENT_TOKEN_TO_BE_REPLACED
Comments
DVD Releases News Pick

DVD
For the first time in the cinematic history of Spider-Man, our friendly neighborhood hero's identity is revealed in Spider-Man: No Way Home, released on DVD, Blu-ray and 4K UHD 4th April 2022 from Sony Pictures Home ... END_OF_DOCUMENT_TOKEN_TO_BE_REPLACED
Top PicksView