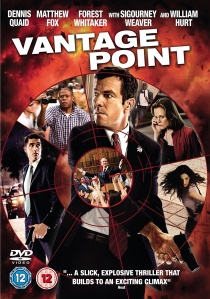 Out to buy on DVD and Blu-ray and to rent on from 4th August 2008, courtesy of Sony Pictures Home Entertainment, Vantage Point is an action-packed political thriller about an attempted presidential assassination told from 8 different viewpoints.

In a similar vein to action films like The Bourne Ultimatum and TV sensation 24, Vantage Point follows two secret service agents assigned to protect the US president at a counter-terrorism summit in Salamanca, Spain. When the President is shot, chaos ensues and disparate lives collide. It is only by carefully following each perspective of the same 15 minutes before and immediately after the shooting that the terrifying truth behind the assassination attempt is revealed.

The Blu-ray release includes great interactive features such as a Picture-in-Picture GPS tracker that allows the viewer to watch two vantage points of this exciting thriller simultaneously, whilst tracking all the listed characters at once on a GPS map. It's the ultimate interactive movie experience and enables the viewer to see the various different perspectives at any given time during the film. 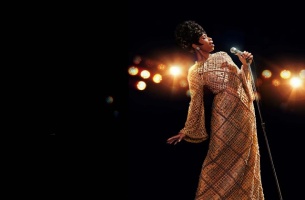