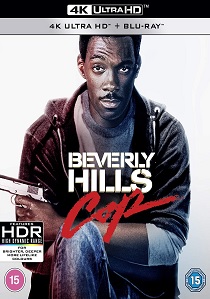 The comedy heats up, in 4K, in this fast-paced action-comedy starring Eddie Murphy as Axel Foley, a street-smart Detroit cop tracking down his best friend's killer in Beverly Hills.

Axel quickly learns that his wild style doesn't fit in with the Beverly Hills Police Department, which assigns two officers (Judge Reinhold and John Ashton) to make sure things don't get out of hand. Dragging the stuffy detectives along for the ride, Axel smashes through a huge culture clash in his hilarious, high-speed pursuit of justice.