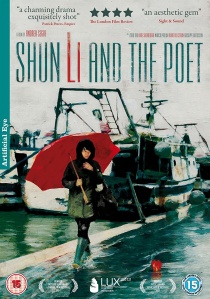 Andrea Segre's tender, subtle, award-winning drama Shun Li & The Poet, released on DVD on 23rd September 2013 from Artificial Eye, tells the story of Shun Li, a Chinese immigrant working in a bar on a small island in the Veneto lagoon.

Though lonely at first she slowly strikes up a rapport with Bepi, a Slavic fisherman nicknamed 'The Poet' and the pair forge an unlikely yet intimate bond. However, both the local Italian community and Chinese immigrant population object to the relationship and they soon find themselves driven tragically apart...

Supported by impressive performances by Tao Zhao and Rade Serbedzija, this sympathetic, evocative and profoundly humane drama has hailed Andrea Segre as an exciting new voice in contemporary cinema.