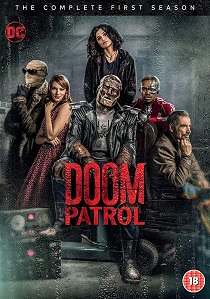 Each member of the Doom Patrol suffered a horrible accident that gave them superhuman abilities, but also left them scarred and disfigured. Traumatized and downtrodden, the team found their purpose through The Chief, coming together to investigate the weirdest phenomena in existence.

Following the mysterious disappearance of The Chief these reluctant heroes will find themselves in a place they never expected to be, called to action by none other than Cyborg (series star Joivan Wade), who comes to them with a mission hard to refuse.

Part support group, part Super Hero team, the Doom Patrol is a band of superpowered freaks who fight for a world that wants nothing to do with them.

Based on the characters created for DC by Arnold Drake, Bob Haney and Bruno Premiani, Doom Patrol: Season 1 is released on DVD 6th July 2020 from Warner Home Video.

UHD
Bursting with indelible characters, quotable dialogue and jaw-dropping special effects, Tremors is back and bigger than ever in this 4K-restored and fully loaded collectors' edition, available on 4K ... END_OF_DOCUMENT_TOKEN_TO_BE_REPLACED
Hot PicksView 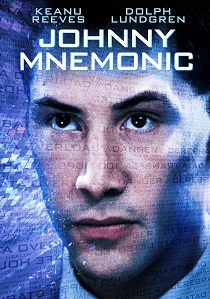 To celebrate its 25th anniversary, the groundbreaking Keanu Reeves sci-fi Johnny Mnemonic is getting a brand new HD release on 10th May 2021, from Vertigo Releasing.
Movie quote