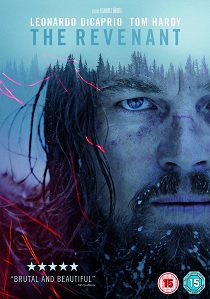 Leonardo DiCaprio stars in one of the most talked about films of the awards season with The Revenant, arriving on 4K UHD, Blu-ray and DVD on 6th June 2016 from Twentieth Century Fox Home Entertainment. Taking home three Oscars® including Best Actor, Best Director and Best Cinematography, The Revenant captivates audiences and was one of the most critically-acclaimed films of the year, garnering over $380 million worldwide at the box office.

The Blu-ray includes the magnificent documentary A World Unseen, which takes viewers into the world of a 19th century America and uncovers the vision behind The Revenant and the parallels found in our world today through the film's visionary director along with DiCaprio.