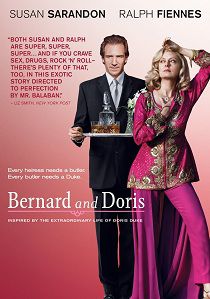 Directed by Bob Balaban (Gosford Park, A Mighty Wind) and executively produced by Kevin Spacey the film features stand-out performances from two of Hollywood's most acclaimed actors. This intimate drama, inspired by the extraordinary life of Doris Duke (Sarandon) tells the hypothetical, behind-the-scenes story of the tobacco heiress and her gay Irish butler Bernard Laffery (Fiennes). It speculates how their relationship could have morphed from a strict employee-employer contract into something much deeper.

A fictional drama that explores a relationship which took place primarily behind closed doors, Bernard And Doris offers an intriguing scenario that might explain how the world-famous heiress and socialite who controlled a billion-dollar empire decided to give posthumous control of her fortune to her confidante and flamboyant butler whose bond with her even survived his relapse into alcohol abuse. Money, class and sexuality are among the issues explored in the film, but at its core, Bernard and Doris is the imagined story of an extraordinary and intimate relationship between two real-life individuals who don't appear to fit into each other's worlds. While Duke's decision to name Lafferty her estate executor may have been the subject of multiple lawsuits and headlines, the film reaches beyond this sensationalism to render a witty and endearing tale. 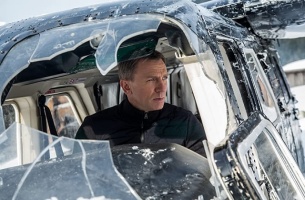