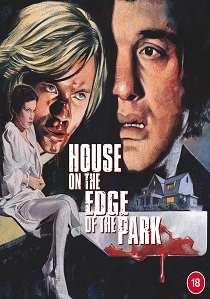 From notorious director Ruggero Deodato (Cannibal Holocaust) comes House on the Edge of the Park, released on 4K UHD 23rd January 2023 from 88 Films.

When two low-lives gate crash a party, and are mocked by the posh hosts they decide to get their revenge by subjecting the guests to various forms of torture and violence.

Influenced by the likes of The Last House on the Left and being a forerunner to movies like Funny Games, House on the Edge of the Park is a classic video nasty era slice of Italian exploitation cinema.