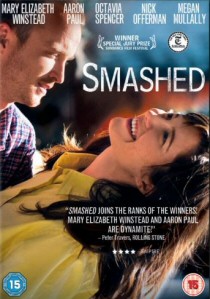 Winner of the Special Jury Prize at the 2012 Sundance Film Festival, Smashed is an intensely moving story about love, fidelity and what it means to love someone and be committed to them, while recognizing the need to change your life.and the heartbreaking discovery that your partner won't be changing with you.

Special features on the DVD include commentary with director James Ponsoldt and Mary Elizabeth Winstead and two featurettes: "Making Smashed" gives viewers a true behind-the-scenes look at creating the film with the cast and crew and Mary Elizabeth Winstead and Octavia Spencer walk the red carpet and answer fan questions in the "Toronto Film Festival Red Carpet and Q&A".

Smashed was directed and co-written by James Ponsoldt with Susan Burke and produced by Jonathan Schwartz, President and Founder of Super Crispy Entertainment.

Kate and Charlie are a young married couple whose bond is built on a mutual love of music, laughter and alcohol...especially the latter. When Kate's drinking leads her to dangerous places and her job as a school teacher is put in jeopardy, she decides to join AA and get sober.

With the help of her friend and sponsor Jenny and the vice principal at her school, the awkward, but well-intentioned Mr. Davies, Kate takes steps toward improving her health and life. Sobriety isn't as easy as Kate had anticipated. Her new lifestyle forces her to confront a troubling relationship with her mother, as well as the necessity of facing the lies she's told her employer. She also must question whether or not her relationship with Charlie is built on love or is just a boozy diversion from adulthood.

Related Articles
The Shape Of Water, The Shape of Water, Gifted, The Shack, Hidden Figures, Black or White, Insurgent, The Help, Win a Date With Tad Hamilton, Instant Family, Ma, Snowpiercer, Onward, Roald Dahl's The Witches
Will and Grace The Revival - Season 1, Why Him?, Monkeybone, Will and Grace The Revival - Season 2, Will and Grace The Revival: Season 3
The Hero, My Life As A Courgette, The Founder, Fargo: Year 2, A Walk In The Woods, Me And Earl And The Dying Girl, Paradise, We're The Millers, The Kings of Summer, November, Bad Times At The El Royale, The Lego Movie 2: The Second Part
Fargo: Season 3, 10 Cloverfield Lane, A Good Day To Die Hard, Abraham Lincoln: Vampire Hunter, The Thing, Scott Pilgrim vs. the World, Gemini Man, Birds of Prey: And the Fantabulous Emancipation of One Harley Quinn, Scott Pilgrim Vs. The World
Come and Find Me, The 9th Life of Louis Drax, Central Intelligence, Eye In The Sky, Final Fantasy: XV Kingsglaive, Triple 9, Decoding Annie Parker, Exodus: Gods and Kings, Retribution, Breaking Bad: The Complete Series, Need for Speed, A Long Way Down, Breaking Bad: The Complete Series, Breaking Bad: Season 5, Breaking Bad: Season 4, Breaking Bad: Season 3, Wreckage, Breaking Bad: Season 2, The Last House On The Left, Westworld: Season 3, El Camino: A Breaking Bad Movie, Kingsglaive: Final Fantasy XV
The End Of The Tour, Master of None, Master of None: Season 2
Bad Milo!, It's Complicated, City of Ember, Being John Malkovich, Being John Malkovich
For your consideration 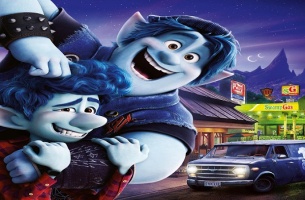