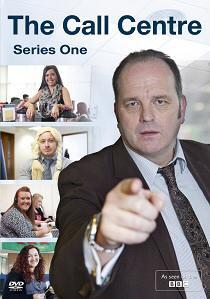 Meet Nev Wilshire, the inimitable boss and star of The Call Centre, the hit fly-on-the-wall documentary that follows the up-and-downs of a Swansea call centre, it returns to the BBC for a second series soon and series one comes to DVD courtesy of Acorn Media.

It's like The Office meets TOWIE, as Nev makes it his business to know the ins and outs of his call centre workers' professional and private lives and introduces a wonderful team of extraordinary characters:

When series one of The Call Centre aired it quickly became a huge hit, via word of mouth and a huge Twitter buzz, and now it comes to DVD on 7th April 2014. So don't hang up, get acquainted with The Call Centre.