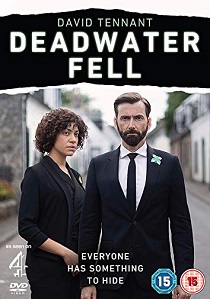 When a seemingly perfect and happy family is murdered by someone they know and trust, the small Scottish community they call home becomes riven with mistrust and suspicion as those closest to the family begin to question everything they thought they knew about their friends.

Written by Daisy Coulam (Humans, Grantchester), the series also stars Matthew McNulty (Versailles, Cleaning Up, The Terror) and Anna Madeley (Patrick Melrose, The Crown, Utopia) in this psychological piece exploring the cause and aftermath of violence and unthinkable tragedy.

3D-BD
In Incredibles 2, released on DVD, Blu-ray and 3D Blu-ray on 12th November 2018 from Walt Disney Home Entertainment, Helen is called on to lead a campaign to bring Supers back, while Bob navigates the ... END_OF_DOCUMENT_TOKEN_TO_BE_REPLACED
Hot PicksView