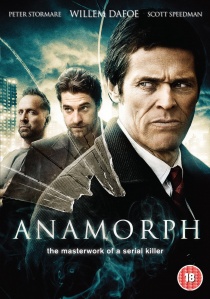 Willem Dafoe stars as Stan Aubrey, an alcoholic police detective still haunted by his involvement in the investigation of the so-called "Uncle Eddie" serial killings five years earlier - a case in which the murderer left his victims' posed as grotesque works of art. Since then, Aubrey has taken a back seat on the force working as a psychological profile instructor. But when a new series of murders appears to bear remarkable similarities to the Uncle Eddie slayings, Aubrey is brought on board to assist hotshot rookie detective Carl Uffner (Scott Speedman) with the investigation.

Are the new murders merely the work of a deranged copycat killer or has the original Uncle Eddie, presumed to have been killed by Aubrey during a police raid half a decade ago, decided to pick up where he left off with his depraved displays of death? As the killings mount up they begin to take on a very personal aspect for Aubrey, drawing him ever closer to the perpetrator. Suddenly, the investigation takes a dark turn that could see the detective being implicated in the crimes or, worse, becoming the ultimate victim. Full of chilling atmosphere and inspired visuals, Anamorph is an unpredictable and novel thriller featuring a gripping central performance by the ever-excellent Dafoe.

DVD
Arriving on DVD and Blu-ray 17th May 2021 from Acorn Media (UK), the hit police corruption drama from the makers of Bodyguard returns as Series Six of Line of Duty sees AC-12 facing their most ... END_OF_DOCUMENT_TOKEN_TO_BE_REPLACED
Hot PicksView