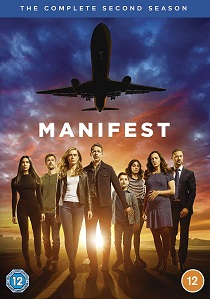 While only hours have passed for those on the flight, years have gone by for their loved ones at home who have learned to live with their losses. As the fractured Stone family and other passengers and flight crew wrestle with their interrupted lives and relationships, the government continues to investigate the anomaly. But in addition to the main question of what happened on Flight 828, there's also a personal inquiry into what's happened to the passengers... and why.

Season Two's 13 intriguing, high-stakes episodes follow the survivors' intersecting lives and their connections, as well as the overarching mystery and ultimate purpose that is their destiny. 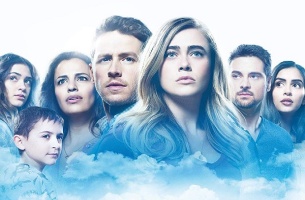 HotDVDTVBoxset
After a turbulent, but routine flight, those onboard discover the world has aged five years, and soon a deeper mystery unfolds as Manifest: Season 1 arrives on DVD 30th December 2019 from Warner Home Video. END_OF_DOCUMENT_TOKEN_TO_BE_REPLACED
Comments
DVD Releases News Pick

DVD
The end of the line is only the beginning in a wild, non-stop thrill ride through modern-day Japan as Bullet Train is released on DVD, Blu-ray and 4K UHD 24th October 2022 from Sony Pictures Home Entertainment END_OF_DOCUMENT_TOKEN_TO_BE_REPLACED
Top PicksView