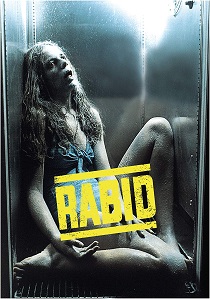 101 Films is proud to present Rabid (1977), the enduringly tense and gruesome horror that marked a landmark in David Cronenberg's early career. Title 009 on the Black Label, this double Blu-ray is stacked with extras, including Part 1 of a new feature length documentary on Canadian horror film.

DVD
In Your Honor, released on DVD 31st May 2021 from Paramount Home Entertainment, Bryan Cranston stars as a New Orleans judge who is forced to confront his own deepest convictions when his son is ... END_OF_DOCUMENT_TOKEN_TO_BE_REPLACED
Top PicksView

From the producers of Shaun Of The Dead, Hot Fuzz, Scott Pilgrim Vs. The World and Paul comes Attack The Block, a fast, funny, frightening action adventure movie that pits a teen gang against an invasion of savage alien monsters. It turns a London housing estate into a sci-fi playground. A tower block into a fortress under siege. And ...