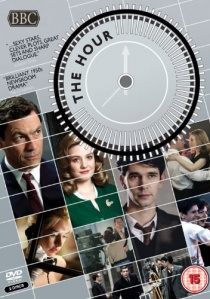 Written by the award-winning screenwriter of Sex Traffic and Brick Lane and boasting an all-star cast, this gorgeous and thrilling 1950s drama follows a deadly conspiracy, laced with intense ambition and crackling with sexual tension. The Hour is available on BBC DVD and Blu-Ray on the 29th August 2011 from 2entertain.

As Freddie moves to cover a significant but controversial breaking story, the trio become entangled in an intense interplay of politics, ambition and romance, ignited by a mysterious murder and chilling conspiracy

The Hour explores the ruthless politics behind the polite social facade and ultimately it reveals the secrets that will bring down a British prime Minister and redefine the world for a new generation.

Stunning extra footage includes - behind the scenes of the 1950's newsroom and an insight into how the set design was created. The Hour will be available from DVD, Blu-Ray and iTunes. 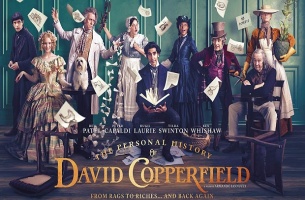 The Personal History of David Copperfield

HotDVDBDDIGITAL
Adapted from the classic novel by Charles Dickens, The Personal History Of David Copperfield, released on DVD and Blu-ray 15th June 2020 from Lionsgate Home Entertainment, brings to life one of the author's most cherished characters. END_OF_DOCUMENT_TOKEN_TO_BE_REPLACED
Comments
DVD Releases News Pick

DVD
For the first time in the cinematic history of Spider-Man, our friendly neighborhood hero's identity is revealed in Spider-Man: No Way Home, released on DVD, Blu-ray and 4K UHD 4th April 2022 from Sony Pictures Home ... END_OF_DOCUMENT_TOKEN_TO_BE_REPLACED
Top PicksView