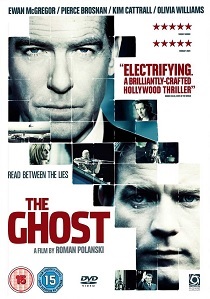 Based on his best-selling novel and adapted for the screen by Robert Harris (Pompeii), The Ghost is released on Blu-ray and DVD from Optimum Releasing on 30th August 2010. Boasting an outstanding cast and winner of the Silver Bear Award at the 2010 Berlin Film Festival this is an electrifying and "refreshingly old-school mystery thriller" (Daily Mirror).

Polanski's critically acclaimed political thriller tracks the tale of a British Ghost writer (McGregor) who is commissioned to re-write the memoirs of former British Prime Minister, Adam Lang (Brosnan), after his predecessor mysteriously dies. The closely guarded memoirs are kept under lock and key at Lang's family retreat in America by his protective assistant and mistress (Cattrall), surrounded by a desolate and barren landscape, across which the ghost re-traces his predecessors steps and uncovers startling truths.

The Ghost is tense and haunting and subtly submerges audiences into the dangers the ghost uncovers, as he unravels the mystery behind his predecessor's death. The plot thickens further as Lang is accused of war crimes, but will he solve the codes his predecessor hid in his original manuscript in time?

Hailed by The Independent on Sunday as "intelligent" and "one of the best thrillers of the century" by Shortlist, The Ghost is an essential addition to any DVD and Blu-ray collection from 30th August 2010. 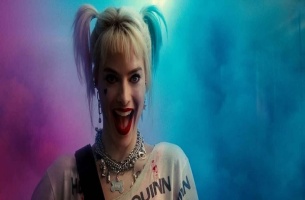 HotDVDBDUHDDIGITAL
You ever hear the one about the cop, the blonde, the psycho and the mafia princess? Birds Of Prey And the Fantabulous Emancipation of One Harley Quinn, coming to DVD, Blu-ray and 4K UHD 20th June 2020 from Warner Home Video, is a twisted tale told ... END_OF_DOCUMENT_TOKEN_TO_BE_REPLACED
Comments
DVD Releases News Pick

DVD
For the first time in the cinematic history of Spider-Man, our friendly neighborhood hero's identity is revealed in Spider-Man: No Way Home, released on DVD, Blu-ray and 4K UHD 4th April 2022 from Sony Pictures Home ... END_OF_DOCUMENT_TOKEN_TO_BE_REPLACED
Top PicksView