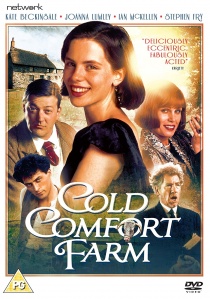 When sensible, sophisticated London girl Flora Poste (Beckinsale) is left orphaned and homeless at nineteen with barely enough annual income to keep her in "furs and stockings", she looks to her relatives for place to stay. Declining generous offers from those living in the city, she decides instead to move to the countryside of deepest Sussex to take up residence at the run-down Cold Comfort Farm with the Starkadders, relatives on her mother's side who agree to take her in to repay a mysterious wrong done to her father years earlier.

An eccentric extended family of wary, stuck-in-their-ways country folk, the Starkadders are presided over by a reclusive, stern and elderly matriarchal figure known as Aunt Ada Doom, said to have been driven mad by seeing "something nasty in the woodshed" when she was a young girl. Realizing there is a great deal of improvement work to be done, not only on Cold Comfort Farm itself but also on its stubborn inhabitants, Flora immediately gets down to the business of setting things in order.

As refreshing as a cool glass of fizzy lemonade on a hot summer's day, Cold Comfort Farm is a hilarious feel-good movie that perfectly captures the essence of one of the most popular comic novels of all time. 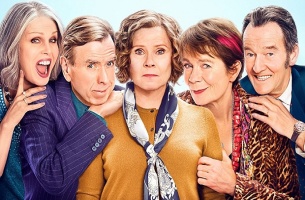 HotDVDBD
In Finding Your Feet, released on DVD and Blu-ray 25th June 2018 from Entertainment One, after Sandra discovers that her husband Mike has been having an affair with her best friend Pamela, she sets out on a path of self-discovery, along the way ... END_OF_DOCUMENT_TOKEN_TO_BE_REPLACED
Comments
UHD Releases News Pick

UHD
In Disney's Mulan, released on DVD, Blu-ray and 4K UHD 10th November 2020, a fearless young woman risks everything out of love for her family and her country to become one of the greatest warriors China has ever known. END_OF_DOCUMENT_TOKEN_TO_BE_REPLACED
Top PicksView