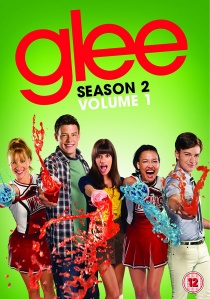 Despite school budget cuts and a setback at Regionals, New Directions is more energised than ever. As fresh romances develop and old ones are tested, the club embraces an exciting new year of challenges. Winner of 2011 Golden Globes® for Best Television Series and Best Supporting Actor and Actress (Chris Colfer and Jane Lynch), Glee is jam packed with the hottest Hollywood cameos, from Britney Spears to Gwyneth Paltrow, plus mash-ups of your favourite songs and killer dance moves.

Glee: Season 2 - Volume 1 contains the first 10 episodes as well as special features and never-before-seen footage including a look a Glee at Comic Con 2010 and a bonus song recorded exclusively for the DVD release. Sing and dance along in your living room when Glee Season 2: Volume 1 is released on DVD this spring!

HotDVDBDUHD
Released on DVD, Blu-ray and 4K UHD 16th September 2019 from Lionsgate Home Entertainment, super-assassin John Wick is back and on the run after killing a member of the international assassin's guild, and with a $14 million price tag on his head - he is the target of hit men ... END_OF_DOCUMENT_TOKEN_TO_BE_REPLACED
Top PicksView