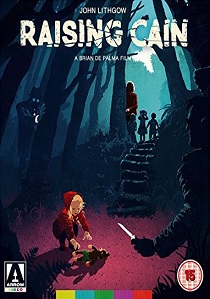 Having spent the latter half of the eighties trying out new styles of filmmaking Wise Guys' knockabout comedy, The Untouchables prestige gangster pic, Casualties of War's Vietnam movie and The Bonfire of the Vanities satirical misfire, Brian De Palma returned to what he knew best, the Hitchcockian psycho-thriller, for Raising Cain - released on dual-format DVD and Blu-ray by Arrow Films on 30th January 2017 with brand-new interviews and a High Definition digital transfer of the theatrical version.

John Lithgow plays three roles: child psychologist Carter, his evil twin brother Cain, and their Norwegian father, Dr Nix, who likes to experimental on the young. Carter's wife is concerned that her husband isn't quite paying their daughter the right kind of attention; she's also having an affair which, upon discovery, threatens to send him into a psychotic rage...

A limited Edition [3000 copies] containing the theatrical and director's cut of the film will also be available on Blu-ray. 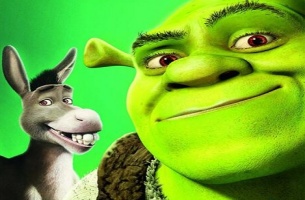 HotUHD
Relive every moment of Shrek's daring quest to rescue the feisty Princess Fiona with the help of his loveable loudmouthed Donkey as Shrek: 20th Anniversary is released on 4K UHD 21th July 2021 from Warner Home Video in a steelbook exclusive to Zavvi. END_OF_DOCUMENT_TOKEN_TO_BE_REPLACED
Comments
DVD Releases News Pick