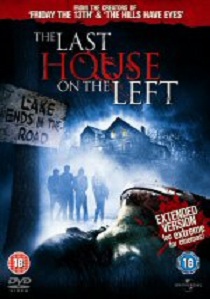 On the 19th October 2009, Universal Pictures International Entertainment is delighted to bring you the brand new, never before seen, extended cut of The Last House On The Left in all its Blu-ray/DVD glory. Revisiting their landmark film, masters of horror Wes Craven and Sean S. Cunningham (A Nightmare On Elm Street, Friday The 13th, and The Hills Have Eyes) deliver a non-stop rollercoaster thrill ride that will leave you white knuckled and begging for mercy, but at the same time horrifyingly entertained.

With the premise "If someone hurt someone you love, how far would you go to hurt them back...?, we find out exactly how far John and Emma Collingwood (Tony Goldwyn  The Last Samurai and Monica Potter - Saw) will go when they face this situation during a summer holiday that turns into a terrifying nightmare.

The Collingwood family arrived at their summer lake house ready for a relaxing, tranquil holiday. With plans to sail on the lake and spend quality time together, it looked set to be a summer to remember but would soon become one they'd wish they could forget.

On the night they arrive their daughter Mari (Sara Paxton - Sydney White) visits her friend Paige (Martha MacIsaac - Superbad) in the local town. They are introduced to Justin (Spencer Treat Clark - Gladiator) who convinces them to come back to the hotel he is staying at. Later that evening Justin's father Krug (Garret Dillahunt - The Assassination of Jesse James by the Coward Robert Ford, No Country For Old Men) unexpectedly arrives. With the help of two menacing accomplices Sadie (Riki Lindhome - Changeling) and Francis (Aaron Paul) he has escaped from police custody and, having brutally murdered two police officers, they are now fugitives on the run. The girls hear the story on the news and know who they are so they refuse to let them go for fear they will call the police.

After kidnapping and ruthlessly assaulting the two teen girls, leaving them both for dead, the gang unknowingly find shelter from a storm at the Collingwood residence, the one place Mari thinks she will be safe. John and Emma are unaware of their daughter's predicament and invite the gang to stay for the evening, thinking they are an average family seeking refuge from the storm. Justin is terrified of his father and realizes the only way to escape is to make the Collingwoods aware of the events that took place earlier that day. Before he gets the chance their daughter arrives at the house bloody and struggling for her life. When her family learns the horrifying story, they will make these strangers curse the day they came to The Last House on the Left

Bringing one of the most notorious thrillers of all time to a new generation, Wes Craven and Sean S. Cunningham produce a shocking and thrilling re-imagination of the story that explores how far two ordinary people will go to exact revenge on the sociopaths who harmed their child. Loaded with shocking twists that are beloved of all horror fans, your Halloween is complete thanks to this extraordinarily shocking film. 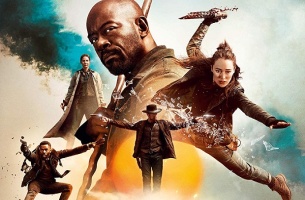