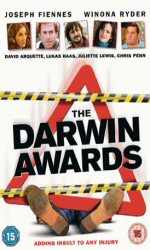 Icon Home Entertainment presents Finn Taylor's The Darwin Awards, released on 25th June 2007, the hilarious dark comedy about those people who improve the human gene pool by removing themselves from it after accidentally killing themselves in incredibly stupid ways.

Overly cautious Michael Burrows (Joseph Fiennes) is just trying to do his job as a police detective. There's just one problem - he faints at the sight of blood. Finally Burrows ends up unemployed and humiliated - but he has a plan. He decides to combine his talent for creating personality profiles with his obsession for the Darwin Awards, and teams up with brilliant, beautiful but hazardous insurance agent Siri Tyler (Oscar nominee Winona Ryder).

Burrows sets out to prove that high risk takers can be predicted. Can he save the insurance company money by identifying these potential liabilities in time? Can he prevent some deaths on the way? And will he get used to Siri's reckless ways? So begins an outrageously comic ride through the classic annals of the real Darwin Awards! 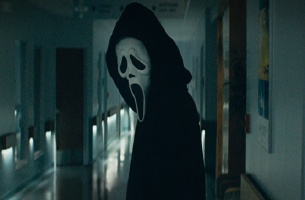