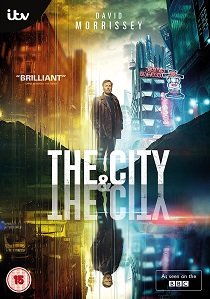 Adapted from the extraordinary, critically acclaimed novel by renowned fantasy writer China Miéville, The City and the City, released on DVD 30th April 2018 from ITV Studios Home Entertainment is a distinct and compelling thriller that will bend the mind as well as the senses.

The body of a foreign student is discovered in the streets of the down at heel city of Beszel. Cases like this are run of the mill for Inspector Tyador Borlú of the Extreme Crime Squad - until his investigations uncover evidence that the dead girl had come from another city called Ul Qoma. But the relationship between the two cities defies comprehension and will challenge everything Borlú holds dear.

Tony Grisoni (The Young Pope, Southcliffe, The Red Riding Trilogy) adapts this four-part genre-busting thriller from one of Britain's foremost fantasy writers in a production made by Mammoth Screen.