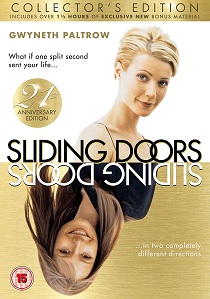 Celebrating the 21st Anniversary of the release, this brand new DVD and BD package features specially commissioned extras, and is endorsed by director Peter Howitt and star, John Hannah.

Paltrow plays London publicist Helen, effortlessly sliding between parallel storylines that show what would have happened if she does or does not catch a morning train back to her apartment. Love, deception, trust, friendship & comedy. All come into focus as the two stories shift back and forth, overlap and then surprisingly converge in this classic romantic comedy.

Sliding Doors: 21st Birthday is released on DVD and Blu-ray 6th May 2019 from Kaleidoscope Home Entertainment. 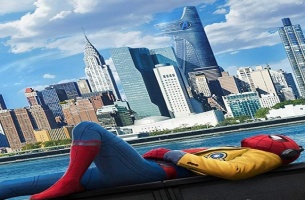 HotDVDBD3D-BDUHD
One of the most beloved and iconic super heroes of all time is back with a fresh, new take on the character for Spider-Man: Homecoming, arriving on 4K UHD, Blu-ray 3D, Blu-ray and DVD 20th November 2017 from Sony Pictures Home Entertainment. END_OF_DOCUMENT_TOKEN_TO_BE_REPLACED
Comments
DVD Releases News Pick

DVD
For the first time in the cinematic history of Spider-Man, our friendly neighborhood hero's identity is revealed in Spider-Man: No Way Home, released on DVD, Blu-ray and 4K UHD 4th April 2022 from Sony Pictures Home ... END_OF_DOCUMENT_TOKEN_TO_BE_REPLACED
Top PicksView