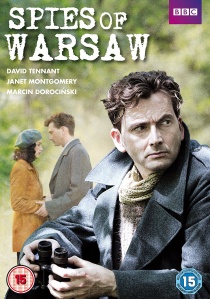 Legendary screenwriters Dick Clement and Ian La Frenais are most famous for television series including The Likely Lads, Porridge, Lovejoy, Killing Bono and Auf Wiedersehen Pet. They have also written a number of films including The Commitments, Still Crazy, Goal! and Flushed Away.

It is 1937, war is coming to Europe and French and German intelligence operatives are locked in a life-and-death struggle on the espionage battlefield. At the French embassy in Warsaw, Colonel Jean-Francois Mercier, a decorated war hero, is dawn into a world of abduction, betrayal and intrigue in the seedy black alleys of the city.

At the same time this handsome aristocrat is involved in a passionate love affair with a Parisian woman of Polish heritage, Anna Szarbeck. A lawyer for the League of Nations, Anna is also a mistress to Max Mostove, a Russian exile on the run from Comrade Stalin.

Into Mercier's life marches an extraordinary cast of characters with secrets to hide and information to trade. Edvard Uhl is a German engineer prepared to offer intelligence on German armaments and equipment; Malka and Viktor Rozen work for the Russian secret service; and Major Voss, head of German intelligence, seeks to crush the resistance at every turn.

But Warsaw is a place where brave souls continue to battle, in a large or small way, against the Nazi occupiers. A city where people drink and fight and spy and love, because no one knows what tomorrow will bring.

Related Articles
Ferdinand, The Highway Rat, Broadchurch: The Final Chapter, Jessica Jones: Season 1, Gracepoint, Broadchurch: Series 2, What We Did on Our Holiday, Postman Pat: The Movie, Dolphins: Spy In The Pod, Broadchurch: Special Edition, The Escape Artist, The Politician's Husband, Broadchurch, The Pirates! In An Adventure With Scientists, Fright Night, Twenty Twelve: Series 1, Single Father, St Trinian's 2: The Legend of Fritton's Gold, Doctor Who : Series 2, Volume 5, Bad Samaritan, Hang Ups: Series 1, You, Me and Him, Mary Queen of Scots, Good Omens, Deadwater Fell, Des, Staged: Series 1 and 2, Around the World in 80 Days
Black Swan, The Escorts, The Space Between Us, Black Mirror: White Christmas, Dancing On The Edge, New Amsterdam: Season 1
Imperium, Guernica, And Then There Were None, Pacific Rim, Torchwood: Miracle Day
Hurricane
Sherlock: Series 3, What Remains, The Hour: Series 2, Sherlock: Series 2, The Hour, Sherlock, How To Build A Girl
For your consideration 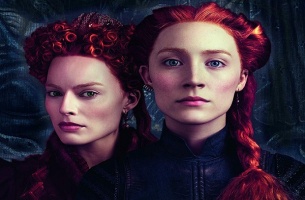 HotDVDBD
Two powerful Queens battle for one throne in the riveting and extraordinary drama based on a true story, Mary Queen of Scots, released 20th May 2019 on Blu-ray and DVD from Universal Pictures (UK). END_OF_DOCUMENT_TOKEN_TO_BE_REPLACED
Comments
Hot Pick

HotDVDBDUHD
The saga of Michael Myers and Laurie Strode continues in the next thrilling chapter of the Halloween series as Halloween Kills arrives on DVD, Blu-ray and 4K UHD 17th January 2022 from Universal Pictures (UK). END_OF_DOCUMENT_TOKEN_TO_BE_REPLACED
Top PicksView