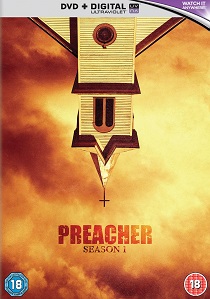 Based on the popular 1990s cult comic book series of the same name, the critically-acclaimed Preacher: Season One arrives on Blu-ray and DVD on 17th October 2016 from Sony Pictures Home Entertainment.

The darkly comedic, hard-hitting, supernatural thrill-ride follows Texas preacher Jesse Custer (Dominic Copper, TV's Agent Carter, Captain America: The First Avenger) who, after a supernatural event at his church, is thrust into a crazy world populated by a cast of characters from Heaven, Hell and everywhere in between. Along with his hell-raising ex-girlfriend, Tulip (Ruth Negga, World War Z, TV's Agents of S.H.I.E.L.D.), and Irish vampire Cassidy (Joseph Gilgun, This is England, TV's Emmerdale), Jesse embarks on a wild, dark journey of discovery and revenge unlike any other.

Preacher: Season One contains all ten episodes in three-disc Blu-ray and DVD sets with deleted and extended scenes and two featurettes. Get an in-depth look at the pilot, with Seth Rogen and Evan Goldberg in "The Unfilmable Pilot," where they discuss the inception of the series and how the pilot struggled for years to be made and in "The Stunts of Preacher" learn how Stunt Choreographer John Koyama broke down some of the season's most intense, bloody and complex stunts. Exclusive to the Blu-ray is a gag reel and two additional featurettes including "Chainsaw Fight Breakdown", a look inside the intense chainsaw fight between Cassidy, DeBlanc and Fiore with behind-the-scenes footage of stunt rehearsals and fight choreography, and get to know the comic book favorite character, Saint of Killers, and how he was adapted for the show in "Behind the Killing Machine: Saint of Killers."

Based on the cult hit comic book series, Preacher is the edgy story of Jesse Custer (Dominic Cooper), a conflicted preacher in a small Texas town who is inhabited by a mysterious entity that allows him to develop a highly unconventional power. With his fearless sidekicks, Tulip (Ruth Negga) and Cassidy (Joseph Gilgun), he embarks on a wild, dark journey that is unlike any other. 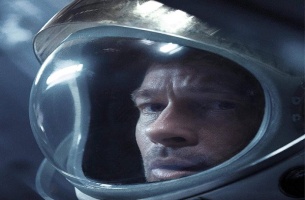