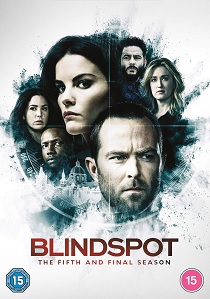 The season begins in the aftermath of the explosion that left Jane watching as a drone targeted the team's safe house. Now on the run and without the extensive resources of the FBI, Jane and the survivors race against the clock to clear their names in the wake of Madeline Burke's (Mary Elizabeth Mastrantonio) rise to power. They must find a way to stop Madeline before she can track them down and take them out once and for all.

With their indestructible bond and the help of old friends, can the team pull it off in time?

HotDVDBD
From the producers of Nobody and John Wick comes a bare-knuckle, coal-dark holiday action-comedy that says you should always bet on red as Violent Night sledges in on DVD and Blu-ray 6th March 2023 from Warner Home Video. END_OF_DOCUMENT_TOKEN_TO_BE_REPLACED
Top PicksView