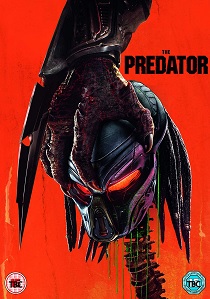 The hunt has evolved - and so has the explosive action - in the next chapter of the Predator series, from director Shane Black (Iron Man 3).

Decades after the first, fateful encounters between elite American forces and the extra-terrestrial Predators who hunt humans for honour and sport, Special Forces Captain Quinn McKenna (Boyd Holbrook) encounters a Predator marooned in the Mexican wilderness.

But soon after the captive Predator becomes the centrepiece of a top-secret study under evolutionary biologist Casey Brackett (Olivia Munn), a deadly new breed of Predator arrives on Earth, with plans that could threaten the entire planet's future.

Now Brackett, McKenna, his son, and a squad of military misfits have to band together to fend off both the alien threat and a human conspiracy - making surprising allies in the process.