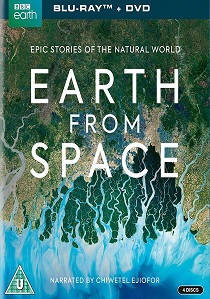 NewsTV SeriesSpecial Interest
News Article Go back to homepage
This is your home, as you've never seen it before. Using cutting-edge technology to the story of life on Earth from a brand-new perspective, Earth From Space is released on dual-format DVD and Blu-ray 13th May 2019 from BBC Worldwide.
Chiwetel Ejiofor
Barny Revill
Justin Anderson
BBC Worldwide
3 hours 52 minutes
13/05/2019
#EarthFromSpace
Thank you for supporting DVD365.net when you order using the link(s) below. As an Amazon Associate we earn from qualifying purchases
Buy DVD
Buy BD
Information

Narrated by Chiwetel Ejiofor (12 Years a Slave, Love Actually), uncover epic stories of the natural world with Earth From Space as cutting-edge technology tells the story of life on Earth from a brand-new perspective.

Epic migration. Shifting seasons. The turning tide. Cameras in space capture natural spectacles on an epic scale and are now so advanced that they can track down individual animals. Marvel at the dancing neon Northern Lights and the swirling blues of blooming plankton. Zoom in on herds of elephant searching for water, discover previously unknown colonies of penguins and witness disappearing forests over decades.

With the Earth's surface changing faster than ever before, can the view from space inspire us to look after our unique and fragile home?

Earth From Space is released on dual-format DVD and Blu-ray 13th May 2019 from BBC Worldwide.

Related Articles
Doctor Strange, Triple 9, 12 Years A Slave, Dancing On The Edge, The Shadow Line, Salt, 2012, Serenity, Children Of Men, The Lion King, Maleficent: Mistress of Evil, Doctor Strange, 2012, Locked Down, Infinite, Doctor Strange In The Multiverse Of Madness
For your consideration 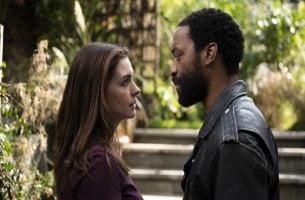 HotDVDDIGITAL
When the world is locked down, they'll find their ticket out in Locked Down, released on DVD 7th June 2021 from Warner Home Video. END_OF_DOCUMENT_TOKEN_TO_BE_REPLACED
Comments
BD Releases News Pick

BD
In The Duke, released on DVD and Blu-ray 13th June 2022 from Warner Home Video, Kempton Bunton, a 60 year old taxi driver, steals Goya's portrait of the Duke of Wellington from the National Gallery in London. END_OF_DOCUMENT_TOKEN_TO_BE_REPLACED
Top PicksView