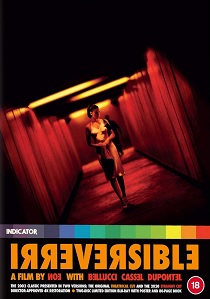 Perhaps the quintessential exemplar of New French Extremity, Irreversible amazed and outraged audiences across the world upon its release in 2002 with its harrowing scenes of rape and violence.

UHD
Ryan Reynolds stars in this action-packed comedy as a bank teller who discovers he is actually a background player in an open world video game in Free Guy, arriving on DVD, Blu-ray and 4K UHD 4th October 2021 from Walt Disney ... END_OF_DOCUMENT_TOKEN_TO_BE_REPLACED
Top PicksView