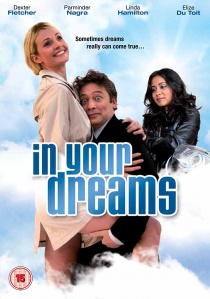 NewsComedy
News Article Go back to homepage
What would you do if every time you had a dream, it came true? Well that's exactly what Albert Ross has to deal in In Your Dreams, released by Target Entertainment on 9th February 2009.
Robert Portal, Susan George, Linda Hamilton, Parminder Nagra, Elize du Toit, Dexter Fletcher
Gary Sinyor
Alan Hodari, David Frost, David Altschuler, Guy Allon
Unknown
1 hour 40 minutes
09/02/2009
Thank you for supporting DVD365.net when you order using the link(s) below. As an Amazon Associate we earn from qualifying purchases
Buy DVD
Information

What would you do if every time you had a dream, it came true? Well that's exactly what Albert Ross has to deal with in a brand new touching British Comedy from award winning director Gary Sinyor (Leon the Pig Farmer, The Bachelor), In Your Dreams, released by Target Entertainment on 9th February 2009.

When Albert Ross (Fletcher) was a boy, he had huge ambitions to go places. But now he's grown up things haven't turned out quite as planned. He has no girlfriend, an incredibly boring job and the stepmother from hell! However one night, Albert suddenly develops a strange power - whatever he dreams comes true - literally! As Albert tries to work out how to make the most of this unique gift, he meets sexy bombshell Olivia (Du Toit) and dreams that she starts an outrageous affair with him. The next day, true to his dream, she seduces him and before he knows it, he's romantically involved with not one but two gorgeous women (Du Toit and Nagra).

Life is getting MUCH more exciting...until one night Albert dreams that his hateful stepmother is going to die suddenly. With the help of his lesbian Private Investigator friend (Hamilton), Albert tries to stalk her  in the hope that he might be able to save her.

As Olivia piles on the pressure for him to abandon his old life and fly off to Brazil with her, Albert dreams that his step-mother's death is actually murder! He has to decide whether he should live out the dreams of his childhood, or try and change the future - and just maybe find out the real meaning of life

A fantastically told story of a very ordinary man whose life is changed by the magical power of his own mind - this is the perfect gift or treat to a romantic night in. Sit back and enjoy a new British rom-com, and let In Your Dreams drift you away! 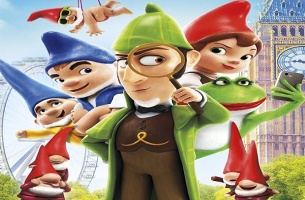