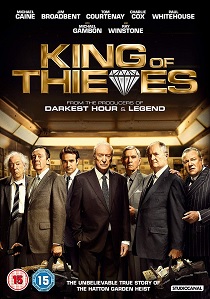 UHDBoxset
14/10/2020
Now more stunning than ever before, return to the stunning locations and epic adventures in Peter Jackson's Middle-earth in The Hobbit Trilogy, arriving on stunning 4K UHD 30th November 2020 from ...

How To Build A Girl

#HappyBirthday #JoaquinPhoenix. Help them celebrate their 46th year with #TheSistersBrothers available on #DVD