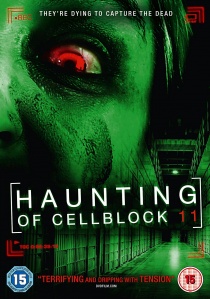 To avoid the threat of cancellation, after getting a tip-off from an elderly gentleman who claims to have witnessed paranormal activity at an abandoned prison, the team of the once-popular TV ghost hunting show Ghost Sightings travel to Freeling State Penitentiary to capture on video the most convincing apparitional footage.

It doesn't take long before the team is faced with vengeful spirits that put their lives in true danger. As the night wears on, it turns deadly -- as the team struggles to survive against the prison ghosts that were once vicious murderers they quickly realise that if they want anyone else to see what they've seen they will have to fight to stay alive.