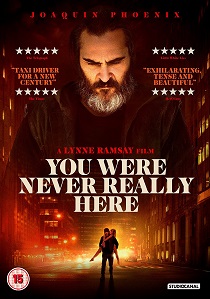 Based on Jonathan Ames's novella of the same name, and written for the screen and directed by award-winning director Lynne Ramsay (We Need to Talk About Kevin, Ratcatcher), this Rotten Tomatoes Certified Fresh gritty thriller won Best Actor and Best Screenplay at the 2018 Cannes Film Festival.

A traumatised veteran, unafraid of violence, tracks down missing girls for a living. When a job spins out of control, Joe's nightmares overtake him as a conspiracy is uncovered leading to what may be his death trip or his awakening.