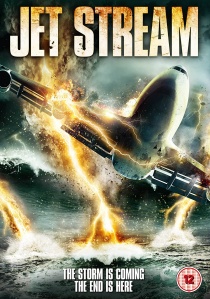 While flying across the vast Pacific, a huge cargo plane is hit by a devastating funnel of wind which pulls the plane downwards to crash and perish in the cold depths of the ocean.

Miles away in Washington, Steve, a local weatherman, has been following a series of strange and cataclysmic events: plane crashes, towns obliterated and, most recently, the disappearance of a cargo plane into the ocean. His daring research is unveiling a terrifying phenomenon: massive jet streams which normally occur in the upper atmosphere are heading closer and closer to earth, and with winds moving at over 500mph, their destruction is unstoppable and deadly.

As the end of the planet as we know it approaches, a government convoy arrives at Steve's home and he is called upon to join a scientist on-board an airborne weather research facility. Merging their research, they quickly realise that the only way to really tackle a jet stream, is to head directly into the centre of one...