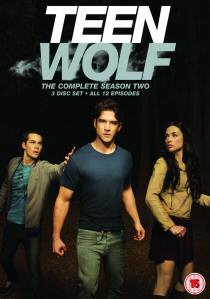 The second season begins with the arrival of a new character, a member of the Argent family who places further pressure on Scott and Allison's blossoming romance. Meanwhile Derek, obsessed with gaining strength as a new Alpha begins recruiting for his pack, starting with newly bitten Jackson (Colton Haynes, The Gates). As Derek persists on his mission, one of his final goals is to bring Scott into his fold while the Argent family begin to mould Allison into a skilled werewolf hunter. Scott will have to trust his instincts above all else if he hopes to end the war in Beacon Hills and keep his friends and family safe.

Teen Wolf: The Complete Season 2 DVD is packed to the brim with exciting extras so sit back and enjoy Extended Episodes, Deleted/Extended Scenes and a sexy Season 2 Shirtless Montage as well as many more.

UHD
Pixar Animation Studios serves up a breakthrough comedy with something for everyone as Ratatouille arrives for the first time on 4K Ultra HD 26th July 2021, exclusive to Zavvi. END_OF_DOCUMENT_TOKEN_TO_BE_REPLACED
Top PicksView