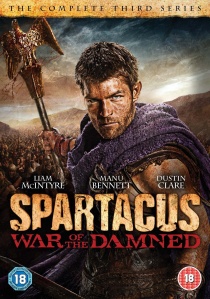 One of the all-time great TV epics of our lifetime comes to an end as Spartacus: War of the Damned comes to DVD and Blu-ray 29th April 2013, courtesy of Anchor Bay Entertainment. Also released the same day is The Spartacus Collection featuring all four epic series.

This final season of the most ambitious historical drama series ever made thrills with an unequalled blend of action and lust wielded by awe-inspiring characters in such ruthless fashion as to leave one riddled with suspense and excitement building to a climax that only Spartacus would dare deliver.

Gaius Claudius Glaber is dead. Many months have passed since his defeat and the rebel army, led by Spartacus and his generals Crixus, Gannicus and Agron, continue to amass victories over Rome. With the rebel numbers swelling to thousands of freed slaves, Spartacus is more determined than ever to bring down the entire Roman Republic. Following Ashur's death, Naevia and Crixus fight as one. Together, the rebels engage in one bloody skirmish after another and prepare for the inevitable: a full out war with Rome.

The Roman Senate turns to Marcus Crassus, a wealthy, strategic politician, for aid. He respects his opponent and refuses to make the same mistakes Glaber and his predecessors have. With a young and fiercely competitive Julius Caesar as an ally, Crassus is determined to crush Spartacus and his rebellion. The epic conclusion of a legendary journey, Spartacus: War of the Damned will unleash a battle unlike anything ever seen before. 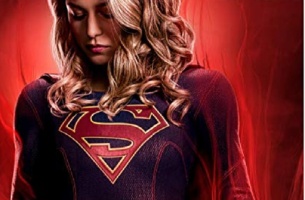 HotDVDBDTVBoxset
The adventures of Superman's cousin with her own superhero career continues as Supergirl: Season 4 flies in on DVD and Blu-ray 23rd September 2019 from Warner Home Video. END_OF_DOCUMENT_TOKEN_TO_BE_REPLACED
Comments
BD Releases News Pick

BD
Experience the thriller influenced by the astounding real-life story of the Gucci family and their unexpected legacy in House Of Gucci, available on Blu-ray and DVD 21st February 2022 from Universal Pictures (UK). END_OF_DOCUMENT_TOKEN_TO_BE_REPLACED
Top PicksView