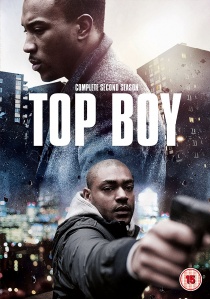 Having forcibly removed the kingpin of the estate's drugs industry, charming and smart 27 year-old Dushane (Walters) has finally made it as 'Top Boy', securing his largest ever drugs deal with boss Joe (Hayman) but it has come at a price. Not only has he lost the friendship and support of his main ally Sully (Robinson), but police have uncovered the body of ex-rival Kamale - who Dushane and Sully brutally killed in a turf war - and they are closing in on the boys.

After making a full recovery from her breakdown, Ra'Nell's mum Lisa (Duncan-Brewster) lands a job managing a hair salon but just as her life appears to be back on track, dramatic rent increases put up by local property developers threaten to destroy everything she has worked for. Meanwhile, Gem's (Mancini) reckless behaviour is pulling Ra'Nell (Kamulete) away from the only opportunity he has to escape life on the streets.

When the police finally catch up with Dushane, he finds himself falling for Rihanna (Burroughs), a smart and beautiful lawyer who shows him a world outside of the streets. But when the police put pressure on the boy's trusted friends for information about Kamale's death, Dushane and Sully must reconcile and work together to save their livelihoods-and their lives.

UHD
In Disney's Mulan, released on DVD, Blu-ray and 4K UHD 10th November 2020, a fearless young woman risks everything out of love for her family and her country to become one of the greatest warriors China has ever known. END_OF_DOCUMENT_TOKEN_TO_BE_REPLACED
Top PicksView