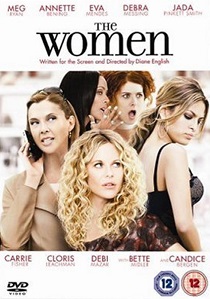 NewsComedy
News Article Go back to homepage
What happens when you combine a brilliant all-star cast and a classic story about a circle of New York girl friends? The answer is The Women, a smart, sparkling comedy about contemporary womanhood and the power of female relationships, released by Entertainment In Video on DVD from 16th March 2009.
Bette Midler, Jada Pinkett Smith, Debra Messing, Eva Mendes, Annette Bening, Meg Ryan
Diane English
Carolyn Blackwood, Julia Blackman, Bob Berney, Jeff Abberley
Entertainment In Video
1 hour 54 minutes
16/03/2009
Thank you for supporting DVD365.net when you order using the link(s) below. As an Amazon Associate we earn from qualifying purchases
Buy DVD
Information

What happens when you combine a brilliant all-star cast and a classic story about a circle of New York girl friends? The answer is The Women, a smart, sparkling comedy about contemporary womanhood and the power of female relationships. Based on George Cukor's 1939 film and Clare Boothe Luce's 1936 stage play, this £3.7 million UK box office smash will be released by Entertainment In Video on DVD from 16th March 2009.

In New York City's modern whirl of fashion and publishing, Mary Haines (Meg Ryan) seems to have it all - a beautiful country home, a rich financier husband, an adorable 11-year-old daughter and a part-time career creating designs for her father's clothing company. Her best friend, Sylvie Fowler (Annette Bening), leads another enviable life as a happily single editor of a prominent fashion magazine. She owns a huge wardrobe of designer clothes and is revered as an arbiter of taste and style.

But then Mary's husband begins an affair with Crystal Allen (Eva Mendes), the perfume girl from Saks Fifth Avenue. Suddenly all hell breaks loose as Mary contemplates the fate of her marriage and her circle of tight-knit friends question their own friendships and relationships. 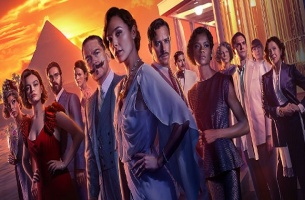