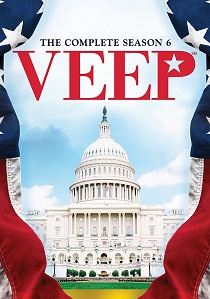 Season six of the Emmy®-winning Outstanding Comedy Series Veep, will be available on DVD on 12th September 2017 from Warner Home Video.

In the sixth season of Veep, we find President Selina Meyer (Julia Louis-Dreyfus) now out of office for the first time in years after her loss in a Senate vote to resolve an Electoral College tie last season. Forging ahead to secure her legacy and find her place in the world, while much of her staff pursues endeavors of their own, Season 6 finds Selina and her band of fellow misfits hilariously attempting to make their mark while navigating the political landscape in Washington and beyond.