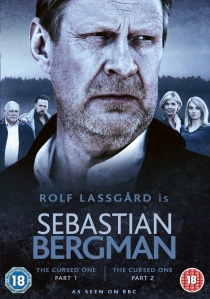 Following the runaway success of The Bridge, Borgen, The Killing and the original Wallander films, Arrow Films' Nordic Noir imprint are pleased to confirm the 25th June 2012 Blu-ray and DVD box set release of Sebastian Bergman : Series One.

From Swedish production company SVT (who brought us Wallander), Sebastian Bergman takes over from The Bridge in BBC4's prestigious Saturday evening slot, further indulging the UK's Scandi-crime enthusiasts with yet more brilliant and gripping drama.

Comprised of 2 x 90 minute episodes, Sebastian Bergman stars one of Sweden's finest and best-loved actors Rolf Lassgård in the title role, this is the first time UK viewers will have seen Rolf in action since his acclaimed appearances as the original Kurt Wallander, which will be released as a DVD box set for the very first time on June 11th (also from Arrow).

Sebastian Bergman is an abrasive police profiler, struggling to come to terms with the tragic deaths of his wife and daughter in the 2004 Thailand tsunami. Back in his home town again after his mother's passing, Sebastian catches up with his old Police colleague, Torkel, who is investigating the brutal killing of a 15-year-old boy. The same evening Bergman finds a letter containing a hidden family secret. Realising he is onto something significant and keen to unravel further family secrets, he works his way onto Torkel's team as an investigator but in doing so will have to face up to some ghosts from his past.

Bergman is dishevelled, unshaven and employs a lecherous approach to women; he's also a broken man who's stricken with grief... Following in the imposing female footsteps of Saga Noren, Birgitte Nyborg and Sarah Lund, has the Scandi scene finally found its male hero?

HotDVDBDUHD
The saga of Michael Myers and Laurie Strode continues in the next thrilling chapter of the Halloween series as Halloween Kills arrives on DVD, Blu-ray and 4K UHD 17th January 2022 from Universal Pictures (UK). END_OF_DOCUMENT_TOKEN_TO_BE_REPLACED
Top PicksView 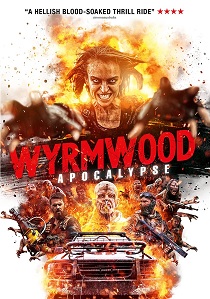 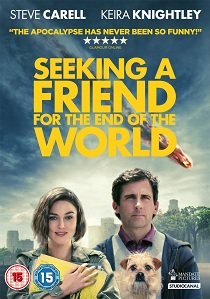