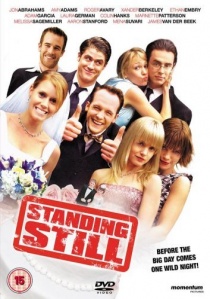 Featuring an all-star cast from such hits as American Beauty, Enchanted and Dawson's Creek, Standing Still is out on rental DVD on 28th April 2008 and retail DVD on 12th May 2008 from Momentum Pictures.

The chemistry between the cast shines through as they tell story of a group of college friends who re-unite four years after graduating for the wedding of Elise (Amy Adams) and Michael (Adam Garcia), a seemingly perfect couple who have been dating forever. Unlike most young couples, they have everything one can wish for - a beautiful house, an upcoming wedding and of course a crew of close friends, all coming into Los Angeles for the weekend nuptials.

As the friends arrive at the house, however, joyous reunions quickly turn into a roller coaster of emotions as they learn new things about each other. Past relationships are dealt with including Elise's hot lesbian past arriving in the form of Jennifer. New relationships start, and it becomes clear that by standing still and facing the past, they will be able to go on with the future. 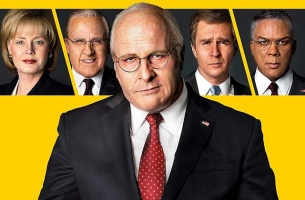 HotDVDBD
A darkly comic look behind the scenes of American politics, the untold and epic true story of Dick Cheney is revealed in Vice, released on DVD and Blu-ray 3rd June 2019 from Entertainment One. END_OF_DOCUMENT_TOKEN_TO_BE_REPLACED
Comments
UHD Releases News Pick

UHD
A stellar cast sizzles in Heat, a taut psychological drama about an obsessive detective and a brilliant thief whose fates are linked in the aftermath of a high-stakes securities heist, released on 4K UHD 8th August 2022 from ... END_OF_DOCUMENT_TOKEN_TO_BE_REPLACED
Top PicksView