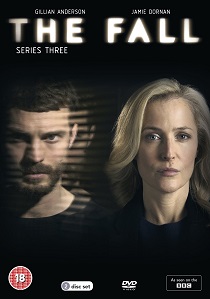 Following on from the gripping climax of the last series, Gillian Anderson (The X Files) and Jamie Dornan (Fifty Shades of Grey) reprise their iconic roles as the battle between Detective Superintendent Gibson and Paul Spector reaches its chilling conclusion in Allan Cubitt's powerful psychological thriller, The Fall.

Following its broadcast on BBC Two, The Fall Series Three comes to both DVD and Blu-ray as two-disc sets on 31st October 2016 courtesy of RLJ Entertainment's Acorn Label, alongside The Fall Complete Series One to Three Box Set, also due to be available on both formats.

The Fall is a groundbreaking drama that had a nation gripped over two series as we followed the lives of two hunters - a serial killer stalking his victims and a high-powered detective superintendent on his trail. The first series was BBC Two's most watched drama in 2013 and Series two gained a series average of 3.3 million viewers, making it one of BBC Two's highest-performing dramas of 2014.

Picking up at the moment where the heart-stopping series two finale left off, Spector, critically injured in a devastating ambush, lay bleeding in the arms of Detective Superintendent Stella Gibson. Moments before, the intense and single-minded investigator thought she had her man; now, shocked and desperate, she's losing him.

Bringing a killer to book is going to take much more now than simply catching him. In the emotionally charged aftermath of the shooting, Gibson's personal journey to exact justice for the victims' families must begin with the blood-soaked fight to keep Spector alive.

As The Fall reaches its inexorable conclusion, it's clear that the rules of this deadly game of cat and mouse are set to change once again. 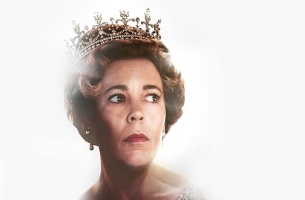