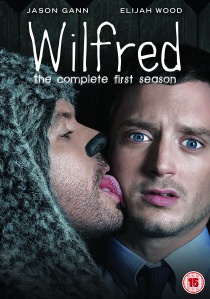 Based on the critically acclaimed Australian comedy series of the same title and adapted by David Zuckerman (Family Guy, American Dad, King of the Hill) Wilfred stars Elijah Wood and Jason Gann and it will demand you to sit up and beg for more with its raw off-beat wit.

Elijah Wood is Ryan, struggling to successfully make it in the world and on the brink of suicide when he strikes up a bizarre friendship with Wilfred (Jason Gann, Mark Loves Sharon, The Wedge), his neighbour's not-so-domesticated dog. To everyone else Wilfred is just a loveable pup, but to Ryan he is man's best bud in a dog suit... Together the gruff but brutally honest man in the suit and down in the dumps Ryan enjoy a bromance of beer-guzzling, dirty deeds and lewd lust-fuelled affairs.

Can Wilfred help Ryan conquer life in the mad, messed up world surrounding him or will he make a dog's dinner of it all? Lap up even more Wilfred with uncut episodes and must see content only available on DVD. 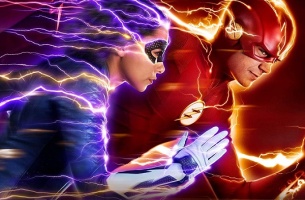 HotDVDBDTVBoxset
After years of battling villains and repeatedly saving Central City, Barry and his wife Iris thought they could finally find time to enjoy being newlyweds, but their wedded bliss was interrupted by the appearance of their future daughter Nora West-Allen as The Flash: Season ... END_OF_DOCUMENT_TOKEN_TO_BE_REPLACED
Comments
BD Releases News Pick