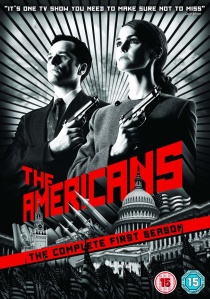 The Americans is a tense and gripping spy drama set in 1980s America during The Cold War. Following on from its successful run on ITV1 it is released on Blu-ray and DVD on 3rd March 2014 from Twentieth Century Fox Home Entertainment.

However, behind closed doors there is a different story of espionage and deception. The Jennings are actually undercover soviet KGB officers, aiming to lead an outwardly inconspicuous life while secretly waiting for their cues fromthe Russian government. What ensues is an edgy and sexy tale of lies as they continue to convince their children, as well as their new and suspicious FBI agent neighbour Stan Beeman (Noah Emmerich: Backwash, Warrior) who specialises in cracking down on Russian spies, that they are the wholesome family they appear.

Packed with exclusive extras including interesting features on Perfecting the Art of Espionage, Ingenuity Over Technology and Executive Order 2579: Exposing The Americans, immerse yourself in all things spy from the comfort of your own sofa. 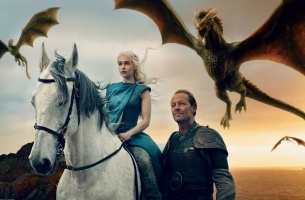 HotDVDBDTVBoxset
Consistently in the top selling TV on DVD/BD for the past five years, now fans can get the most recent season earlier than ever when Game of Thrones: The Complete Sixth Season debuts from Warner Home Video on Blu-ray with Digital HD and DVD 14th November 2016. END_OF_DOCUMENT_TOKEN_TO_BE_REPLACED
Comments
Hot Pick

HotDVDBDUHD
The ninth film from the writer-director Quentin Tarantino features a large ensemble cast and multiple storylines in a tribute to the final moments of Hollywood's golden age as Once Upon a Time... in Hollywood arrives on DVD, Blu-ray and 4K UHD 9th December 2019 ... END_OF_DOCUMENT_TOKEN_TO_BE_REPLACED
Top PicksView