Danger, deception, and murder descend upon a sleepy country town when a professional assassin (Anson Mount) accepts a new assignment from his enigmatic mentor and boss (Oscar® winner Anthony Hopkins).

Given only where and when along with a cryptic clue, the methodical hit man must identify his mysterious mark from among several possible targets, including a local sheriff (David Morse). Meanwhile, a chance encounter with an alluring woman (Abbie Cornish) at the town's rustic diner threatens to derail his mission in this noir-style cloak-and-dagger thriller

The Virtuoso is a modern day film noir, filled with intricacy and ambiguity. a visceral thrill ride with something to say. It contains everything I love in a movie. There is cinematic style to burn: bold visuals, muted colors, strong performances, dynamic compositions and Hitchcockian suspense mixed with Peckinpah violence. But it's also filled with compelling and unconventional characters. A clever and gripping story told in an unorthodox manner. And a riveting plot filled with moral dilemmas and heartbreaking realities.

On a deeper level, the film explores universal themes of identity, guilt and redemption. It examines the fine line between appearance versus reality and fate versus free will. and the horrific cost of them all. As timely today as when the genre was at its peak in the late Forties and Fifties, I want The Virtuoso to be a cinematic hammer to the head and the heart. Filled with jaw-dropping violence, nail-biting suspense and dazzling style. anguished, beautiful and desperately alive.

The Virtuoso observes the interaction of three symbolic leads - "the Virtuoso", "the Waitress" and "the Mentor" - who respectively represent the tragic hero, the femme fatale and the deus ex machina of classic drama. "The Virtuoso" is the strong, silent cowboy, a lost soul who finds his calling ultimately through what he does best - kill people, seeking to interpret the ambiguities of the world he encounters. "The Waitress" is a good woman, just trying to get by in her rather bland existence, searching for her ticket to a better life - or is she? And "the Mentor" is that ever lurking power who lords over the world around him, making life and death decisions with the blink of an eye.

Yes, there will be action and suspense. I was thrilled with the Hollywood noirs of the 40's and 50's - most notably This Gun For Hire, Double Indemnity, The Postman Always Rings Twice, Touch of Evil and all through the 20th Century with their successors including Thief, Body Heat, Blood Simple and recently Drive. However, that is merely a very small element in the ultimate arsenal that will create The Virtuoso. On deeper thought, this is not an action film at all! In fact, what makes the film so thrilling is the subtlety, the precision and the mystery of the plot and how "the Virtuoso" guides us through what we first believe is just another job, in his case - a murder, to ultimately - a mystery thriller with plot twists that will have the audience on the edge of their seats until the stunning surprise climax.

Having been inspired in my directing career by the early masters of cinema like Michael Curtiz, John Ford, William Wyler, King Vidor, Billy Wilder, Orson Welles, Peter Weir and my mentor Francis Ford Coppola - my main focus on set is very simply the directing of actors. Two of my previous films were adapted from the theater and a third was written specifically so the actor's would be the focus of the drama.

My main inspiration who constantly drives my work, however, is Frank Capra. I approach all of my films with this essential theme which Mr. Capra expressed many years ago: "forget techniques, forget zoom lenses and subliminal cutting; remember only that you are telling your story NOT with gimmicks, but with actors." I am thrilled to lead the team that will bring this timely and provocative story to the big screen for an entirely new audience to appreciate.

Anson Mount (The Virtuoso) has been garnering widespread media attention and critical acclaim for his portrayal of Captain Christopher Pike on the second season of the most watched CBS All Access series ever, Star Trek: Discovery. He is also widely known for his riveting performance as "Cullen Bohannon" on AMC's hit series Hell on Wheels.

Off-Broadway, Mount starred in Robert O'Hara's production of Mankind at Playwrights Horizons, Austin Pendleton's production of Anton Chekov's Three Sisters at The Classic Stage Company opposite Peter Sarsgaard and Maggie Gyllenhaal, Scott Elliott's production of Mourning Becomes Electra opposite Lili Taylor and Jena Malone at The New Group, and in Joe Mantello's production of Terrence McNally's critically acclaimed and controversial play Corpus Christi at Manhattan Theatre Club, for which he received a 1998 Drama League Award Nomination. His other theatre credits include Venus In Fur at Singapore Repertory Theater; Fifth of July at the Bay Street Theatre, directed by Terry Kinney; the Art Party's Elle opposite Alan Cumming and Stephen Spinella; and Cymbeline and the Caucasian Chalk Circle, both at La Mama directed by Andrei Serban.

Mount currently hosts and executive produces his own creativity-focused podcast, The Well, where he tracks down some of the most interesting artists, thinkers and innovators working today and explore their stories: how they forced themselves to think outside the box, rise above the odds, and outpace the competition.

After having worked on a number of television series in her native Australia, Abbie Cornish (The Waitress) gained worldwide recognition with leading roles in two independent Australian films, first starring opposite Sam Worthington in Somersault, followed by Candy in which she shared the screen with Heath Ledger. Both films garnered her Best Lead Actress awards from the Film Critics Circle of Australia. She was also awarded Best Lead Actress from the Australian Film Institute for Somersault and received a nomination for Candy.

Her performance in Jane Campion's period drama Bright Star, brought a British Independent Film Award nomination for Best Actress and received accolades from some of the most established critics in the US, UK and Australia. The film premiered at the 2009 Cannes Film Festival and was nominated for a Golden Palm Award at the Festival. Her subsequent credits include such films as Limitless, Sucker Punch, The Girl, Seven Psychopaths, Lavender, Geostorm, the Academy Award®-winning Three Billboards Outside Ebbing, Missouri, and most recently in director Amma Asante's wartime race drama Where Hands Touch.

Over the course of a career that has to date spanned more than three decades, Eddie Marsan (The Loner) boasts over 120 credits in film and television, and has worked with some of the most acclaimed directors in the industry, including Steven Spielberg, Martin Scorsese, Terrance Malick and Michael Mann, among many others. A native of London, a small sampling of the actor's credits include such notable films as Gangs of New York, Match Point, Vera Drake, V for Vendetta, Mission Impossible III, Hancock, Sherlock Holmes, War Horse, Snow White and the Huntsman, God's Pocket, Concussion and I, Anna among many others. Most recently, Marsan can be seen in Adam McKay's Vice, as well as Atomic Blonde and Deadpool 2. On the TV side, Eddie appears as Terry Donovan in Ray Donovan, and starred in the mini-series Jonathan Strange & Mr. Norrell for the BBC One/BBC America.

David Morse (The Deputy) received Emmy® nominations for his roles on House and HBO's John Adams, and has appeared in numerous television series, including Hack, Treme, True Detective, and Outsiders. Currently, he can be seen on NBC's Blindspot as Hank Crawford. Morse's notable stage performances include the 1984 Los Angeles production of Of Mice and Men, the Broadway production of The Seafarer, the Off-Broadway production of The Unavoidable Disappearance of Tom Durnin, and the Off-Broadway production of How I Learned to Drive, for which he won a Lucille Lortel Award, a Drama Desk Award and an Obie Award®. Morse's myriad of film credits include Inside Moves, Desperate Hours (with Anthony Hopkins), The Green Mile, The Good Son, Twelve Monkeys, 16 Blocks, The Hurt Locker, World War Z, and Concussion, among many others. He can also be seen in the Showtime mini-series Escape at Dannemora.

The Virtuoso marks a reunion between Nick Stagliano and actor Richard Brake (Handsome Johnnie) who appeared in the director's Good Day For It. Born in Wales and having migrated to the United States with his family as a boy, Brake made his film debut in 1994's Death Machine alongside Rachel Weisz, also making her feature debut. His breakout role came in the 2003 Oscar-nominated feature Cold Mountain, in which he played a Union soldier opposite Natalie Portman. Two years later he appeared in Batman Begins, as the man who murders Bruce Wayne's parents. Richard's other film credits include Kingsman: The Secret Service, The Death of Stalin, Thor: The Dark World, Spy, and many others.

From 2014 to 2015, Richard played the Night King on HBO's Game of Thrones, most notably appearing in the season five episode "Hardhome," which received seven Emmy nominations. Other TV credits include recurring roles on Ray Donovan, The Royals, and The Bastard Executioner.

Anthony Hopkins (The Mentor) - received an Academy Award® for his performance in Silence of the Lambs (1991) as well as Oscar® nominations for his roles in The Remains of the Day (1993), Nixon (1995) and Amistad (1998). He was also honored with the Best Actor Award by the British Academy of Film & Television Arts for The Remains of the Day and has received two Emmy® Awards for The Lindbergh Kidnapping Case (1976) in which he portrayed Bruno Hauptmann, and The Bunker (1981) in which he portrayed Adolph Hitler. Ranked as the No.1 film villain by the American Film Institute, Hopkins reprised his Oscar®-winning portrayal of "Dr. Hannibal Lecter" from the critically acclaimed box-office smash, Silence of the Lambs, in a hit prequel Red Dragon and a blockbuster sequel Hannibal.

In his nearly 50-year career, Hopkins has starred in such films as Hitchcock, Wolfman, The Rite, Red 2, The Mask of Zorro, Meet Joe Black, Howard's End, Fracture, Legends of the Fall, The Road to Wellville, The Edge, Shadowlands, Bram Stoker's Dracula, 84 Charing Cross, The Elephant Man, The Bounty, and narrated the popular holiday film classic, Dr. Seuss's How the Grinch Stole Christmas. The prolific and popular actor has also starred as the Greek god Odin in the film adaptations of Marvel Comic's Thor, as well as Marvels Thor: The Dark World, and Thor: Ragnarock, Methuselah in Darren Aronofsky's Noah, The BBC's The Dresser and King Lear, Michael Bay's Transformers: The Last Knight, HBO's Westworld, Netflix' The Two Popes, Florian Zeller's The Father, and Stella Hopkins' Elyse.

END_OF_DOCUMENT_TOKEN_TO_BE_REPLACED 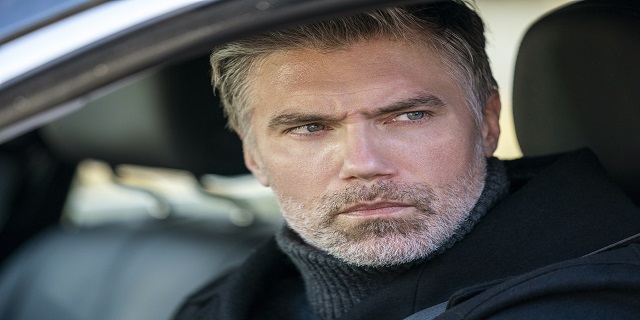 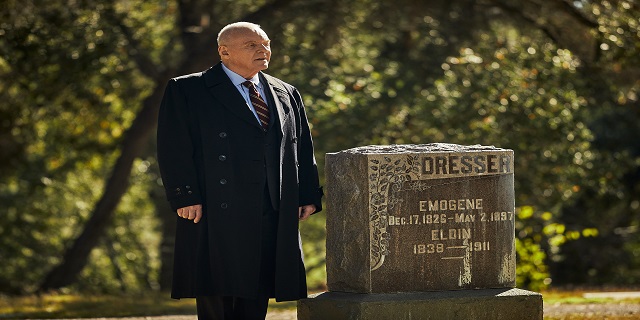 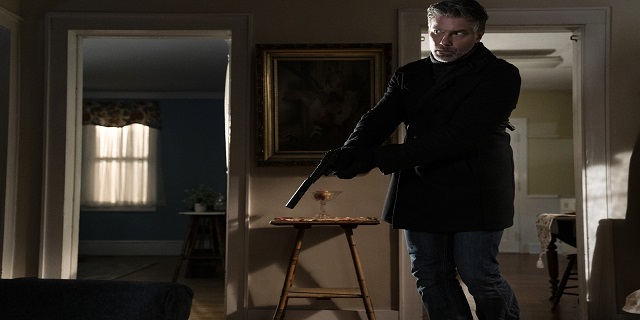 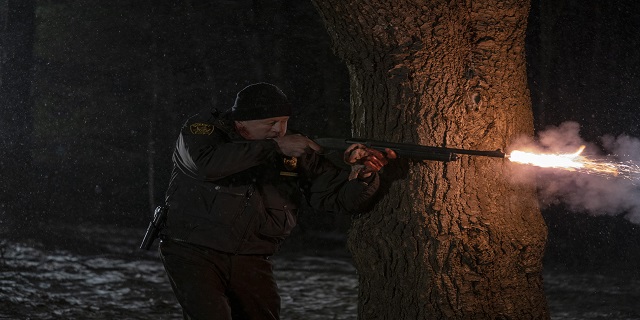 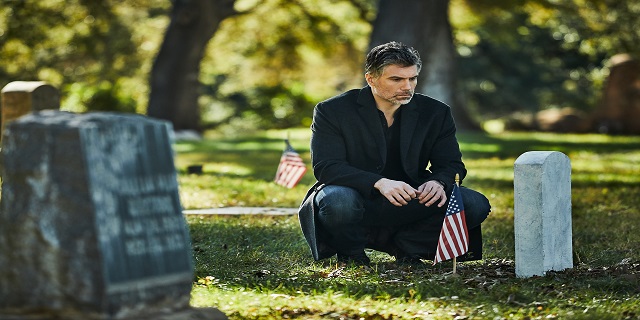 HotDVDTV
Featuring every episode of the entire series in an 8-disc box set, the hilarious BBC comedy Keeping Up Appearances is released on DVD 28th November 2022 ... END_OF_DOCUMENT_TOKEN_TO_BE_REPLACED
FeaturesView 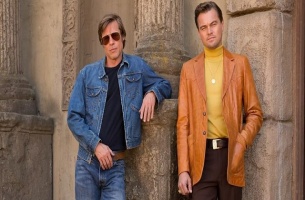 DVDBDUHDNOTES
19/07/2022
Quentin Tarantino's Once Upon a Time... in Hollywood visits 1969 Los Angeles, where everything is changing, as TV star Rick Dalton and his longtime stunt double Cliff Booth make their way around ...